Lucid, dreamy and vibrant illustrations reflect the enticing inner world of highly regarded artist, Daniel Egnéus. With no formal education except for life itself, he sees everyday life and art as one inseparable whole.

His story evolves from an ominous fight between graphic lines and untamed watercolours. The emotional background is born from spilling colours. Away. Portentous. Like FATE in an antique tragedy. Euripides from the neighbouring street. In between asleep and awake.
To the fatal end.

A prolific artist, he has had successful collaborations with clients such as Haagen-Dasz (worldwide campaign 2008), BMW (Awarded Best Art Directed campaign in Germany 2008), Pepsi Cola Espagna (limited edition cans and bottle-design 2008), Playboy, O2 UK, Marie Claire, Time Magazine, Penguin Books, Philip Morris, Drambuie Whiskey for which he gained an award in 2004 and Pori Jazz Festival for which he was voted best illustrator in March 2005 by the Association of Illustrators in the UK.

He has published many books including “The Hot Dog Cookbook” in France for which he won the Prix
Gourmand 2008 for Best Illustrated Cookbook in France.
He has illustrated also several books of poems by
Alexander Pushkin. 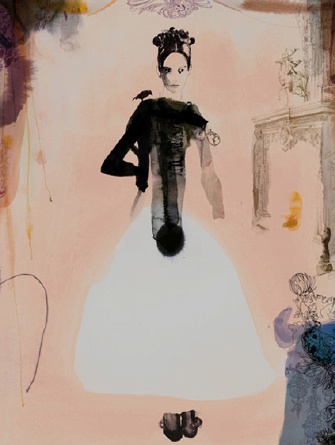