Magnus Voll Mathiassen is a Norwegian graphic designer and illustrator who has been running his
own practice MVM since 2009. He co-founded the design studio Grandpeople in 2005 after graduating with an
MA in Visual Communication.

His works are well known for their large elements in strong pop artish colours. The fluidness and tonality of generalised coloured surfaces forms a psychological code, blended with masque-like dread. Obsession of abstract surfaces…

His clients include Nike USA, The Fader, Skype, Microsoft, L ́Officiel Hommes Italia, Sony PlayStation and Intel. Mathiassen has been featured in numerous books and magazines, and exhibited at the Chamount International Poster Festival and Somerset House. In 2014 he opened “Hybrido”, a large retrospective show of his past works at R21 Grafill in Oslo, Norway. 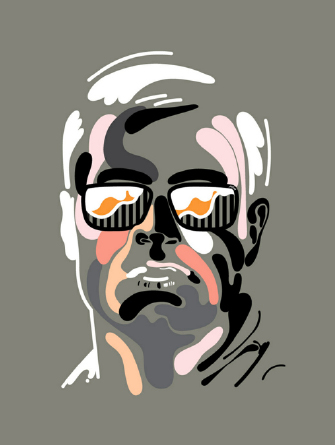